Bookings are closed for this event.

Join us tonight at 6pm!

This is ramping up to be quite a panel discussion about building codes, plan checks, plan examiners, code changes and more. The panelists will be ready for any questions you can throw at them.

So come prepared with your questions and get answers from the experts!

Dial by your location

Join our virtual panel discussion on November 30th and welcome our three panelists.

This is ramping up to be quite a panel discussion about building codes, plan checks, plan examiners, code changes and more. The panelists will be ready for any questions you can throw at them. As part of the audience you can see the thought process of the speakers and visualize the journey of the code analysis. This discussion will be mutually beneficial for the entire construction team to know what minimum building code means. 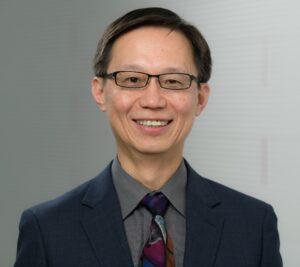 Chief Building Official for the City of San José and Assistant Director, Department of Planning, Building and Code Enforcement

Chu Chang is the Assistant Director for the City of San José’s Department of Planning, Building and Code Enforcement (PBCE) as well as the Chief Building Official, which is a City Charter position. Chu has a strong record of managing multidisciplinary programs and policies that facilitate the City’s development and lead to a safe, vibrant, and healthy built environment.

Chu is passionate about helping City customers realize their development goals within the framework of state and local codes. He helps teams pursue process improvements that meet both customer needs and organizational efficiency. Under Chu’s leadership, the department has garnered accolades, such as being named Building Department of the Year, 2017-18, by the California Association of Building Officials (CALBO); recognition by the International Code Council for a 2016 Community Services Award; and several “Pride of San José” awards for teams innovatively working to improve Over-the-Counter service, electronic plan review, and streamlined restaurant permitting.

Beginning in 2011, Chu served as the Deputy Director/Chief Building Official over the Building Division, where he managed an annual budget of $36 million and a staff of nearly 180 professionals working in the Permit Center, Plan Review, Inspections, Information & Technology, and Small Business Program. In July 2017 he was appointed as the Acting Assistant Director of PBCE and was officially promoted to this role in August 2018. As Assistant Director, he provides direction in managing the department’s key priorities.

Prior to joining San José, Chu served at Redwood City for 18 years, promoting through the ranks to becoming the Acting Director of Community Services in 2007, and in 2009, he became the Director of Building, Infrastructure and Transportation. Chu also has nearly a decade of experience working for private sector civil engineering firms.

Chu holds a bachelor’s degree in civil engineering from TamKang University in Taipei, Taiwan, and a master’s degree in Civil/Structural Engineering from the University of Texas in Austin, Texas. He is a Certified Building Official with the International Code Council; an accredited professional for LEED (Leadership in Energy & Environmental Design); and a Registered Professional Engineer and certified Chief Water Distribution Operator in the State of California. Through these certifications and ongoing trainings, Chu brings best-in-class building strategies and practices to the City of San José.

Fred currently works with CSG Consultants as contract building official in Pacifica. He has been a building official for 52 years and got his start as a Resident Inspector for the Office of the State Architect and the San Francisco Port Authority. He taught at Chabot College for 21 years, and is a Continuous Member of CALBO Legislative Committee; Secretary/Co-Chair Tri-chapter Uniform Code Committee. He is also a Honorary Member: International Code Council, International Conference of Building Officials, California Building Officials, County Building Officials Association of California, Napa-Solano Chapter ICC, East Bay Chapter ICC, Peninsula Chapter ICC, Monterey Bay Chapter ICC

Fred retired from the City of Burlingame ion 2000. Fred has served many years on the Regulations and Enforcement Committee of the California Architects Board. He has been involved in code development, and currently serves on the Tri-Chapter Uniform Code Committee and on CALBO’ Legislative Committee. He acted as “Official Code Official” for AIASMC’s annual House of Cards group and provided triennial update programs for the San Mateo and Santa Clara County AIA Chapters. 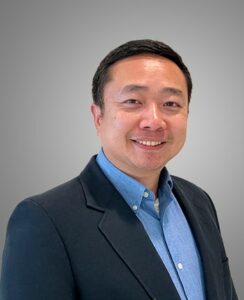 With over 20 years of experience in the construction industry, Mr. Zhao has proven his mastery of building code in its many facets. Donald holds a Bachelor of Science in Civil Engineering from San Jose State University and is a licensed Professional Engineer in the state of California. He holds International Code Council (ICC) certifications as a Master Code Professional, Certified Building Official, and many more. He currently serves West Coast Code Consultants, Inc. (WC3) as Vice President and Regional Manager, utilizing modern collaboration technology, along with a strict standard of quality, to lead the South San Francisco branch of WC3 into many years of consistent growth. Mr. Zhao also performs various plan reviews for jurisdictions throughout the western United States and serves a variety of Bay Area jurisdictions as an interim Building Official. He has been responsible for fee studies, paper to electronic permitting transitions, community communication and education initiatives, as well as much more. He regularly attends inter-agency meetings to discuss various concerns from each entity and is extremely familiar with local code regulation and law, as well as numerous jurisdictional procedures and processes.