Design Village (April 15–17, 2016), which is held annually at San Luis Obispo’s Cal Polytech, gives students a chance to show their ability on concept, design and execution. This year was no exception. Students must present a design that can be carried and built on site, thus making the materials in question a critical choice in support and weather protection. You can read more about the specifics here.

Design and construction concepts were presented at a Facebook® tour event in March of this year, and the students received professional input from guest architects—some who’d competed in Design Village as students themselves! The students expressed great gratitude for the design insights and donations made by the attendees for their projects.

Of the two CSM teams in competition this year — Merkaba and Anahata — Team Merkaba earned the ‘Most Habitable’ award this year! 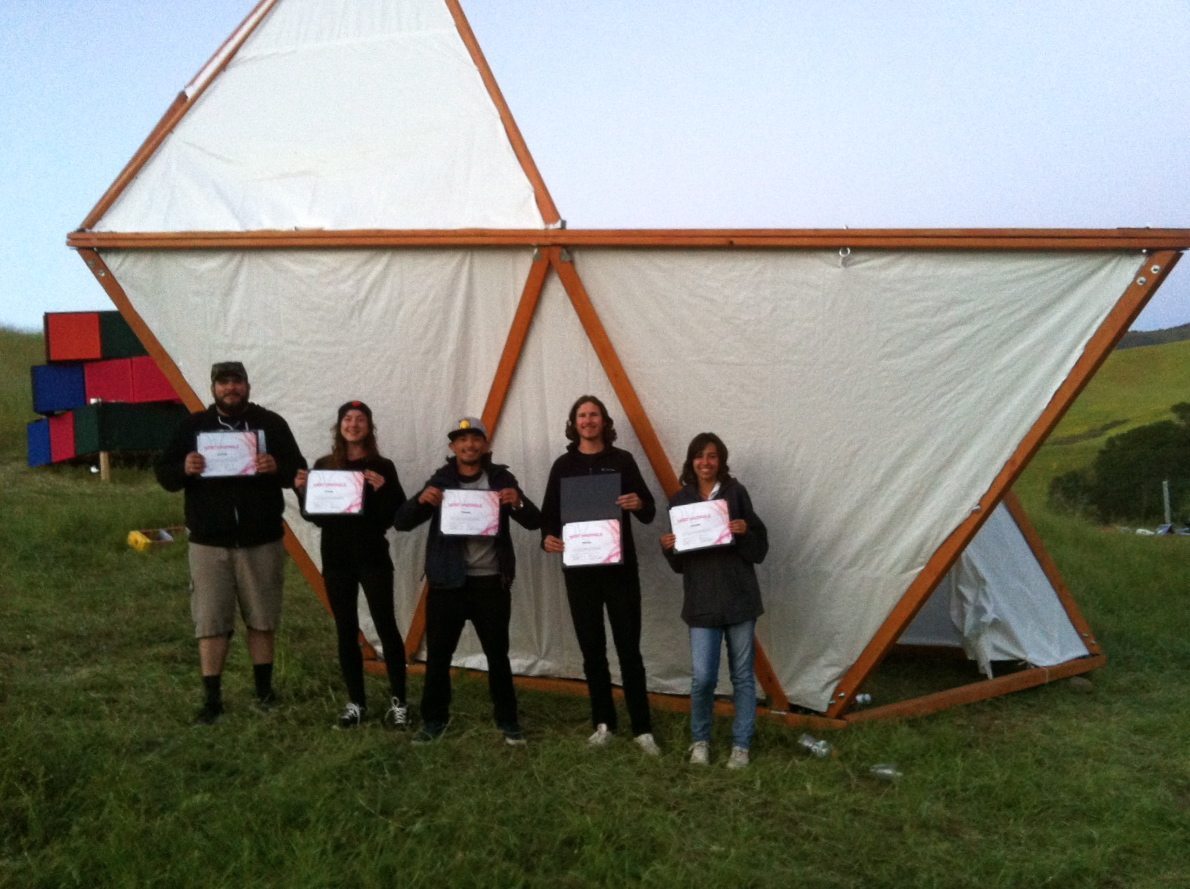 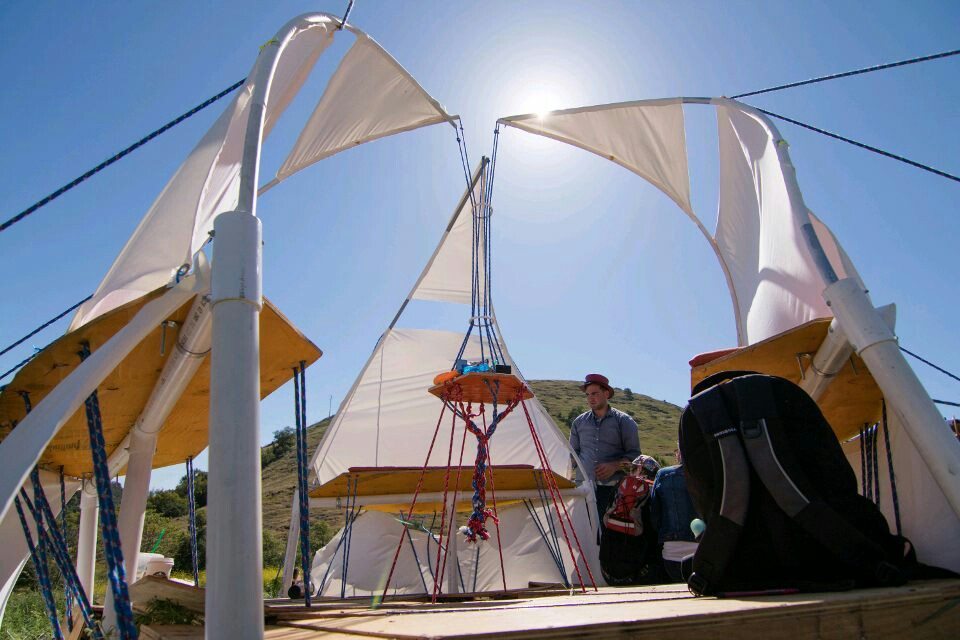 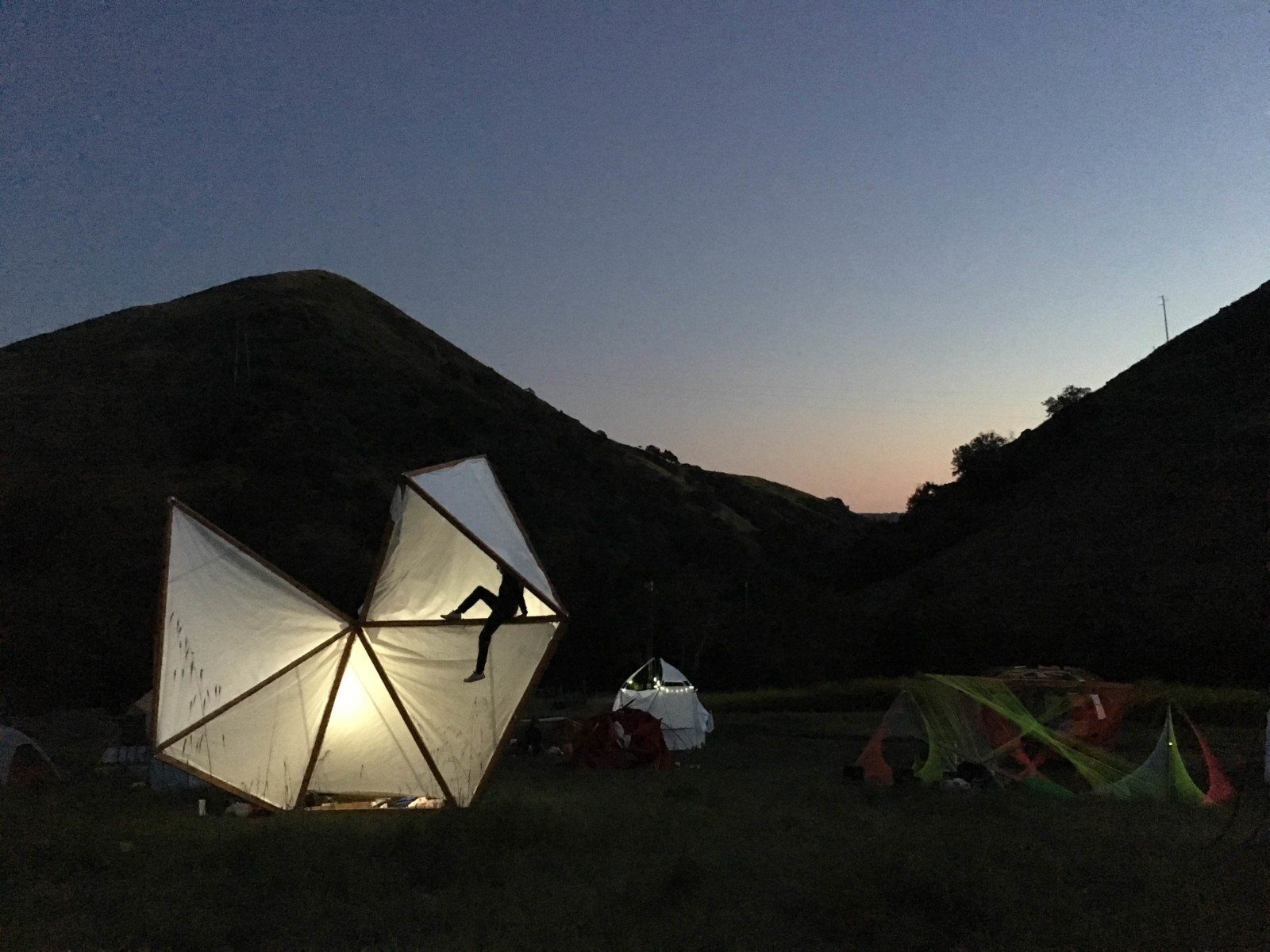 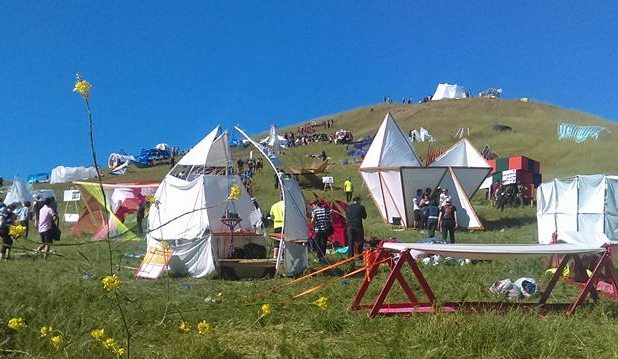